Knowing the traffic rules and regulations is everyone’s duty, as it is the only way to avoid infractions and unfortunate accidents. However, daily on the streets, reckless maneuvers occur very often. In our country, and according to the data collected in the reports of the Association of Victims of Traffic Accidents (AVIACTRAN), every year the number of accidents increases by 15%. And if we only talk about violations, so far this year and in Lima alone, more than 67,000 ballots have been cast for speeding, according to SUTRAN.

The alarming figures are also a call to be aware and refresh these traffic rules which can not only save our lives but also avoid spending large sums of money on violations.

‘At DiDi, we take road safety very seriously, which is why we continuously work to strengthen and promote the culture of road safety, through strategic alliances, communications and workshops, which allow us to continue to raise public awareness of the importance of obeying traffic rules. and thus promote a culture of prevention in a sustainable way to reduce the number of accidents” commented Bertha Vallejos, Head of Communications and Public Relations of DiDi Peru.

THE MOST COMMON TRAFFIC VIOLATIONS

For this reason, DiDi, the mobility app, reminds us of the most common traffic offenses and how to avoid them:

One of the most common offenses is going over the speed limit. In addition to reducing the reaction time you would have in the event of an accident, driving at excessive speed has very serious consequences on your driving record. Since August 15, fines for this offense can reach up to 2,300 soles and deduct up to 70 points from your file, depending on the seriousness of the case. The best way to prevent this offense is to be informed, so it is prudent to remember that the maximum speed limit for streets and parts of urban areas in Peru is 30 km/h and, on avenues, the limit is 50 km/h

Violation for use of cell phones or other devices:

According to the National Police of Peru, about 25% of accidents in Lima involve drivers who pay more attention to mobile devices than to traffic conditions. This is why it is considered a serious offense, the fine of which amounts to 360 soles and with which 30 points are deducted from your driving record. The best thing to do to avoid this offense is to buy phone holders and always handle them using the speakerphone, voice commands, bluetooth and hands-free.

Violation for not having the lights on:

Although it is hard to believe, this violation is one of the most common among drivers. Although all cars have lights, they often forget to turn them on. Having adequate lighting is essential for safe driving on the roads, as it improves visibility conditions. The corresponding offense for driving with lights off is considered serious, its fine amounts to 368 soles and 20 points are deducted from the driver’s record. The best thing you can do to avoid this kind of punishment, if it happens to you usually, is to set an alarm that tells you it’s time to turn on the lights every day.

Offense for not wearing a seat belt:

The belt is the most effective passive safety element that exists and the one that has saved the most lives. Putting it on takes just a few seconds, but it can reduce the risk of injury and death in traffic accidents by up to 75%, according to data from the Ministry of Health. The fine for violating this rule is 368 soles and the driver will have 20 points deducted from their record. 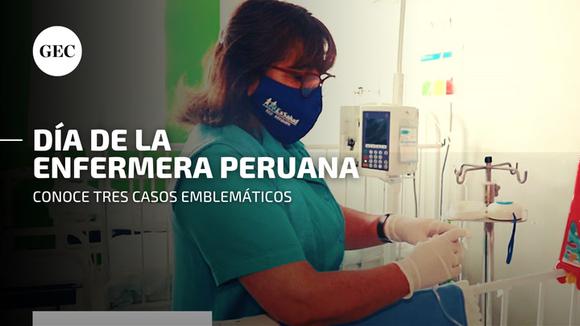 Discover the story of a mother and her daughter who work as nurses in the same EsSalud hospital. Also, the graduate with the most years of service.