On July 12, CNN published an article indicating that the figure of Elon Musk had become a problem for Tesla. All this because of his recent political position where he has indicated his preferences towards a certain ideological sector that brings him closer to conservative positions. Something that for CNN became an obstacle for “many users” who did not want the American brand to become an enclosure for certain sectors. But whether we analyze this data as sales figures or brand loyalty, we see that the issue is not just that, but rather the opposite.

In the CNN article titled “Elon Musk’s policy triggers strong reactions from Tesla customersread testimonials from customers who decided to cancel their $250 reservation to get a Tesla unit. He even notes that “Simon is one of many electric vehicle buyers who have developed new and stronger feelings about Musk and Tesla in recent weeks.”

But further down we see “Some buyers are increasingly drawn to or away from Tesla due to a variety of beliefs that align with or oppose Musk, including politics, freedom of expression and corporate culture.” , based on interviews with 12 recent buyers.”

Come on, many we’ve moved on to 12 buyers who for CNN represent a relevant sample to judge that Elon Musk is an obstacle for Tesla.

Reasons to buy and loyalty statistics

But while interviews can be a biased way to get the answer you’re looking for, the stats really show us if things are bad for the American brand.

On the one hand, there is the key issue for any brand in the consumer loyalty. These owners who, when changing their vehicle, decide to renew it with another of the same brand.

According to data from consulting firm IHS Markit, in the United States, Tesla is by far at the top of loyalty statistics among brands. Not only among the premium ones, but even taking into account those in volume.

Moreover, it does so with figures that double those reached in the same period last year, which comes as a direct blow to the news that Elon Musk’s recent movements and statements have damaged his reputation with his clients. 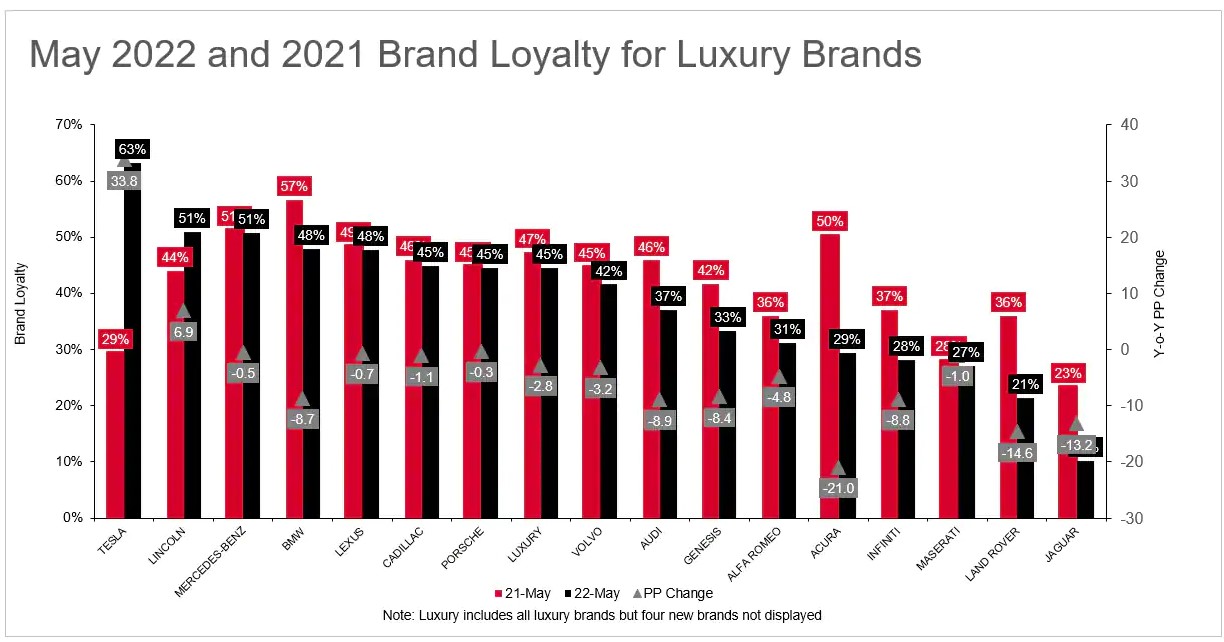 The data shows that Tesla has a 63% loyalty rate among its customers. This allows it to surpass brands like Lincoln and Mercedes-Benz, with 51%, BMW and Lexus, both with 48%. 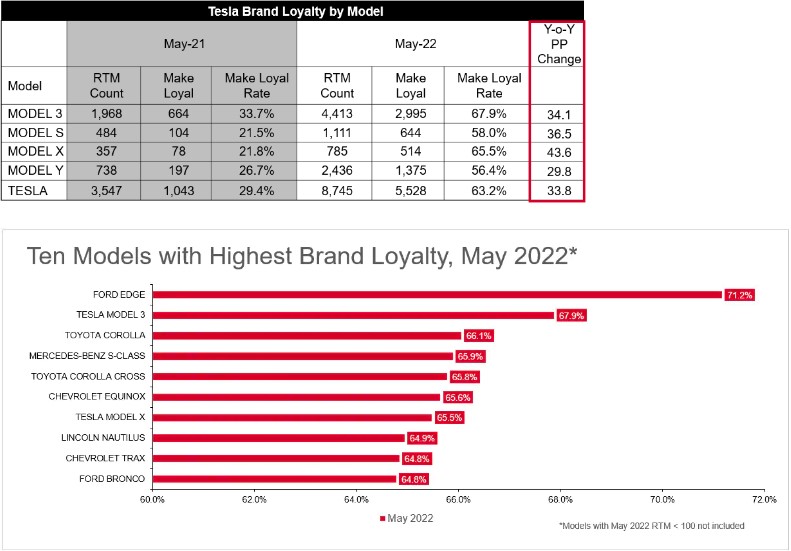 Among its models, the Model 3 figures stand out. According to the May data, they show that despite the fact that all Tesla models are growing, the Model 3 results stand out. The market loyalty volume of Model 3 in May is 67.9%. More than double from a year ago and the highest of any Tesla model

What are the reasons to buy a Tesla?

To add more data, the North American consulting firm Eswarm published a study of 1,000 drivers, including Tesla customers, customers of other brands and even customers who had not yet purchased a car and thought about it, everything to know. what were the reasons for your decisionand if the figure of Elon Musk has any effect on their steps.

The results showed that Tesla models appeal to both electric car owners and those who plan to buy an electric car five years from now. Their reasons are what one would expect in any brand of car and where, in Tesla’s case, they have been assessed ever since. its design, performance, acceleration, quality and novelty and difference. Range is the only factor among the top five that has been included as a differentiating aspect and is specific to electric cars.

As we can see, although everyone is talking about Elon Musk and he is an integral part of Tesla and his community, at the moment of truth his figure is not part of the motivations for customers’ purchases according to the statistics. .